WE NEED TO TALK ABOUT BRUNO: Disney’s Encanto and Generational Trauma 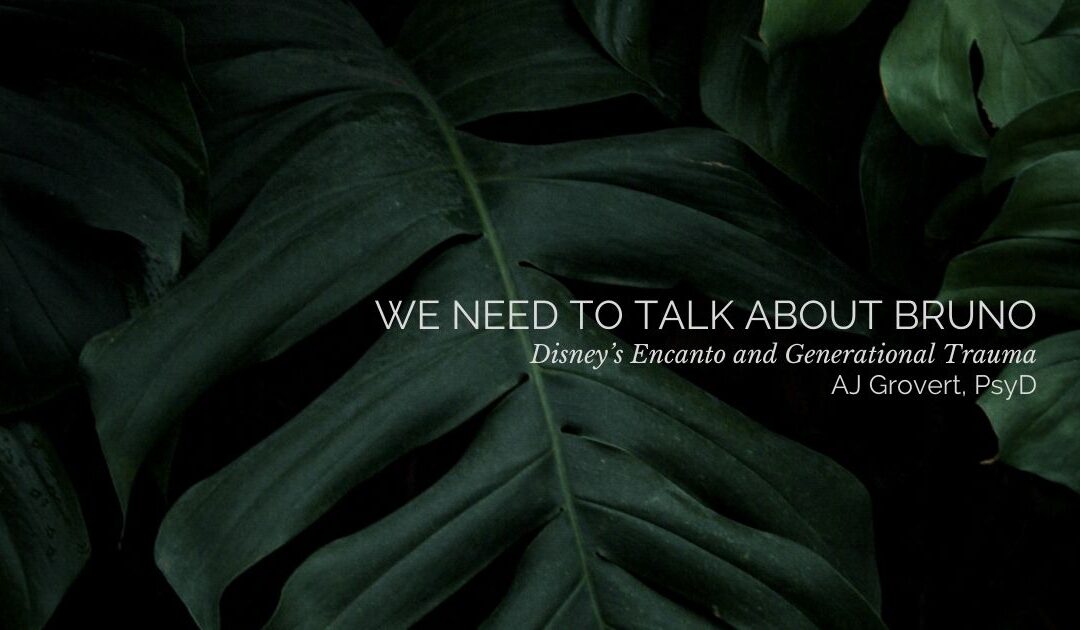 At the end of 2021, Disney released their newest animated feature, Encanto. With music by Lin-Manuel Miranda (Hamilton) you know it’s going to be good but what was less expected was the beautiful and nuanced way the film dealt with the idea of generational trauma (light spoilers ahead). 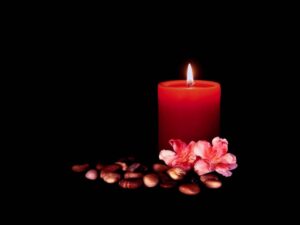 Encanto tells the story of a Colombian family, the Madrigals, refugees who were given the gift of a magical house to keep them safe and, at a certain age, a magical “Gift” unique to each child. 50 years before the main plot of the film, Alma, the family matriarch, fled her home with her husband and newborn triplets. Before they reached safety, her husband sacrificed himself to save the community and is murdered in front of Alma. The idea of inter-generational trauma is that unhealed trauma in one generation is “passed down” to subsequent generations. Alma’s survivor’s guilt is apparent. She constantly feels as though she needs to earn her family’s safety, through an appearance of perfection and community service. The burden placed on the younger generations ripple throughout the film. Pepa, one of the grown triplets, has the Gift of affecting the weather with her emotions. Strong anxiety or negative emotions might cause an actual hurricane. Her mother repeatedly tells her to manage herself so they can have clear skies. This leads Pepa to frantically self-soothe so the Madrigal family can maintain the image of perfection, while literal cracks ripple through the foundation of their magical house. Bruno, her brother, disappears entirely and the family refuses to talk about him. He felt not only that who he was wasn’t benefitting the family but that his ability to see the future was misinterpreted, causing bad things to happen. The eldest granddaughter, Isabela, has the Gift of making flowers bloom everywhere she goes and is repeatedly referred to as “perfect.” Another granddaughter, Luisa, was given the Gift of supernatural strength and is shown lifting the community church over her head. In our less magical world, we can translate this pressure to be perfect in different ways, such as scholastic achievement to “make the family proud.” Perhaps choosing a major that will reflect well on the family (medicine, law) that the person doesn’t care about. It might manifest as marrying out of obligation, rather than love, to keep the family going. Luisa’s super strength comes from carrying the heavy burden of her family’s trauma, never outwardly showing any weakness, physical or emotional. When she feels she might be losing her Gift, she laments that she’s worthless if she can’t be of service. The pressure of her family’s demands and the weight of their trauma show itself physically, through her twitching eye and diminishing strength, as well as emotionally, showing her crying in the background. The “storm” of emotions is unacceptable. Bruno, and many of the other characters, blamed themselves for the struggles of the family. Often children in chaotic situations will blame themselves for the bad things around them, a habit that can carry into adulthood. Alma likely managed her grief and trauma by cutting off her emotions and presenting a stoic facade, something her descendants inherited through observation and expectation. As Alma walks by a line of grandchildren, they are shown straightening their posture, holding their breath, and all around trying to project an image of perfection. 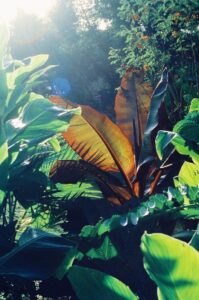 The true beauty of Encanto is that Alma isn’t a villain. No one is. The villain is societal expectations and the perpetrators of the original trauma that cost the family their patriarch and their home. By the end of the film, Alma can see that her unprocessed grief and trauma led to her placing the burden of perfection on her family. She wasn’t able to discuss the more nuanced and graphic nature of her trauma until the conclusion of the film, where she is finally able to show her granddaughter Mirabel the full extent and rawness of her grief at losing her husband while holding her three newborns – straining to keep the family together (it’s not that graphic- this is still Disney). Alma realizes that the true miracle of her family isn’t their magic – it’s all of them. That realization allows them to “build a new foundation” and heal the cracks in their home. She can apologize to her family, maybe for the first time, and see them as beautiful individuals, who burn brightly all on their own.

Life isn’t Disney, and most of us aren’t magic. So many of us carry the scars of our trauma, and that of the generations before ours. It would be lovely if we all got a Lin-Manual Miranda penned ballad in 4-part harmony that healed the cracks in our family’s foundations. The healing can still happen, though. We can choose to break these cycles, to not perpetuate these patterns. We can allow ourselves to show weakness. We all cry sometimes. We are all imperfect. We are all enough.

Photo by Rae Wallis on Unsplash