Did I Experience Trauma? 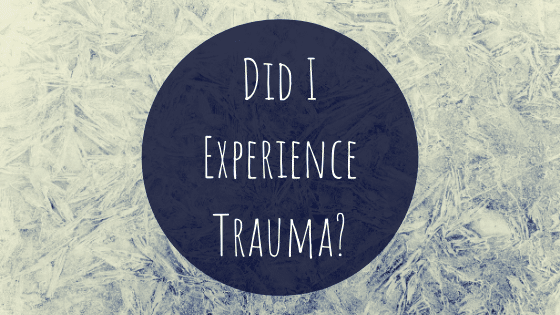 “I’m not sure if what I experienced would be considered ‘traumatic’.
It’s not like someone died or I was in a war.”

I’ve heard many clients question whether a distressing experience could be considered trauma. “How could that really have had an effect on me, other people seem to just get over it.” Contrary to common misconception, trauma is NOT only a reaction to a life-threatening event, such as war, a natural disaster, or a car accident. Trauma is not defined by the event itself, but by the emotional and psychological effect that event has on someone. Anything that a person (of any age) finds distressing and impactful can be considered traumatic.

Here’s an overview of the different types of trauma and how EMDR (Eye-Movement Desensitization and Reprocessing) can be helpful. 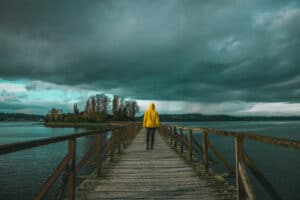 “Little t” traumas often occur over time, are usually relational in nature, and have a cumulative effect on a person’s well-being. Many people, even therapists, discount the effect of a distressing experience because the event does not seem ‘big’ enough to be traumatic. Trauma therapists recognize that what is highly distressing to one person may not cause the same emotional response in someone else. Instead we seek to understand how “little t” traumas may have affected the individual and their relationships. Some examples of “Little t” traumas include: childhood neglect and abuse, emotional or verbal abuse, bullying, death of a pet, and complicated grief. Because they are often relational and have occurred over time, “little t” traumas usually require more EMDR therapy sessions to process. 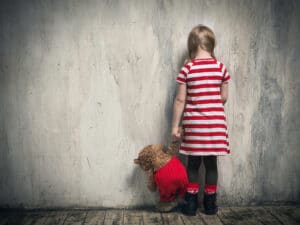 Complex trauma, also known as Complex PTSD (C-PTSD) is the result of extended exposure to continuous stressors, repeated traumatic events, or problems with attachment during childhood. Most often the trauma is relational. Examples include chronic neglect, abuse, or exposure to domestic violence. Complex trauma could also be the result of ongoing experiences that aren’t as obvious, such discrimination, the presence of an undiagnosed or unsupported disability, or being bullied without intervention. These experiences occur during vulnerable times of development such as in early childhood or during adolescence. Complex trauma can cause a variety of symptoms and difficulties, such as a negative view of self, relationship issues, loss of control over emotion, dissociation, and other symptoms of PTSD.

In addition to the healing nature of a therapeutic relationship and tangible coping skills, EMDR can also be used to treat complex trauma. The goal of EMDR with complex trauma is to help a person build tolerance for emotion. Through resource development, a person will be able to cope with distress associated with traumatic memories, including body sensations, in a more adaptive way. This can be a slow-moving process, and is not linear.