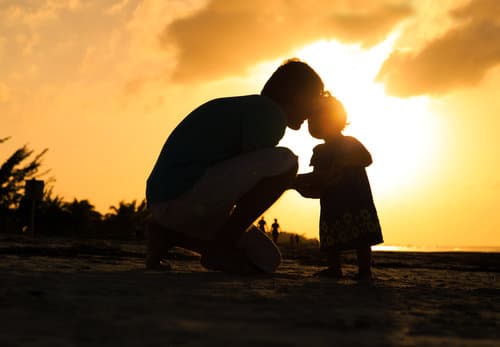 Here is a story that captures the essence of dilemmas we face every day as fathers: 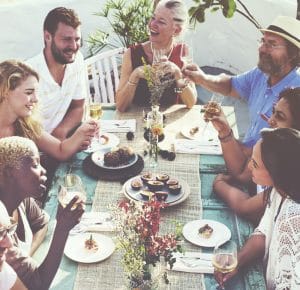 ‘There was once a man who decided he would like to invite some old friends as guests to his home for a weekend. He made preparations and anticipated the arrival of his guests and was overjoyed once they arrived. He hurried to prepare a special meal for his guests and worked all day to ensure everything was perfect. When he began serving food to them, he recognized that there was likely not enough food for everyone to have some.

Thinking that is was most important for his guests to eat, he skipped his portion to ensure everyone else had enough on their plates.

Though he went to bed hungry, he felt he had done the right thing by putting others before himself. The next morning he awoke and immediately began preparing a lavish breakfast for his guests, taking care to make a little extra food after running out the night before. While doing so, he received a phone call from another friend who had heard that the man’s guests were in town. This friend had hoped to drop by to say hello, as he was also friends with these guests. “Come on over and have breakfast with us, there is food for all” said the man and continued preparing. Well, as before the meals were served, but with the unexpected additional guest, the man found himself in the same predicament as the night before. There was not enough food for everyone to have full portions. Once again, he skipped his own meal portion to make certain everyone else was fed.

Still hungry, the man reminded himself that it was wrong to be selfish and that it was better that his guests be comfortable even if he sacrificed a bit.

The day went on and as evening approached, the man began preparation for another fancy dinner. Though weakened by his missed meals, he pressed on. As it turned out, (for no particular reason) his guests were all hungrier than he had expected and though he thought he had surely prepared enough food for everyone, he found that once again he would be out of food before everyone got enough. Skipping food for a third time was certainly difficult to imagine, but the man continued to justify his actions by downplaying his own needs.

“I’ll take care of myself later, when I have the time and energy,”

he thought to himself. He indeed skipped the meal once more despite his efforts to ensure he would not have to. The next morning arrived, the man deeply desired to prepare a special breakfast worthy of his guests,

he was simply too weak to leave his bed. The end result is that no breakfast was prepared and no one had enough to eat that morning.’

Why Parents Need to “Feed” Themselves Too 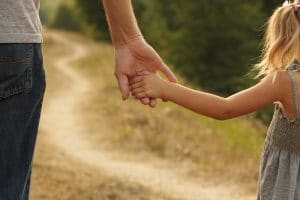 Oftentimes we think of parenthood as being an inherently sacrificial role and to some extent this is true. There are many instances when our children will need things from us (time, attention, comfort, diaper changes, etc.), and we might have to put some of our needs on hold for a time. Promoting our children’s or even our partner’s needs above our own might be completely appropriate and necessary at times, but to do so for too long or too often will leave us much like the man in the story: too exhausted and weak to meet anyone’s needs. Although we change in many ways once we become fathers, we don’t become immune to fatigue or stress.

Giving too much for too long without any regard for our own personal needs will result in burnout, resentment, health problems, and even conditions such as anxiety or depression.

This is why fathers much take their own health and wellbeing seriously.