Mental Health Self Diagnosis and TikTok 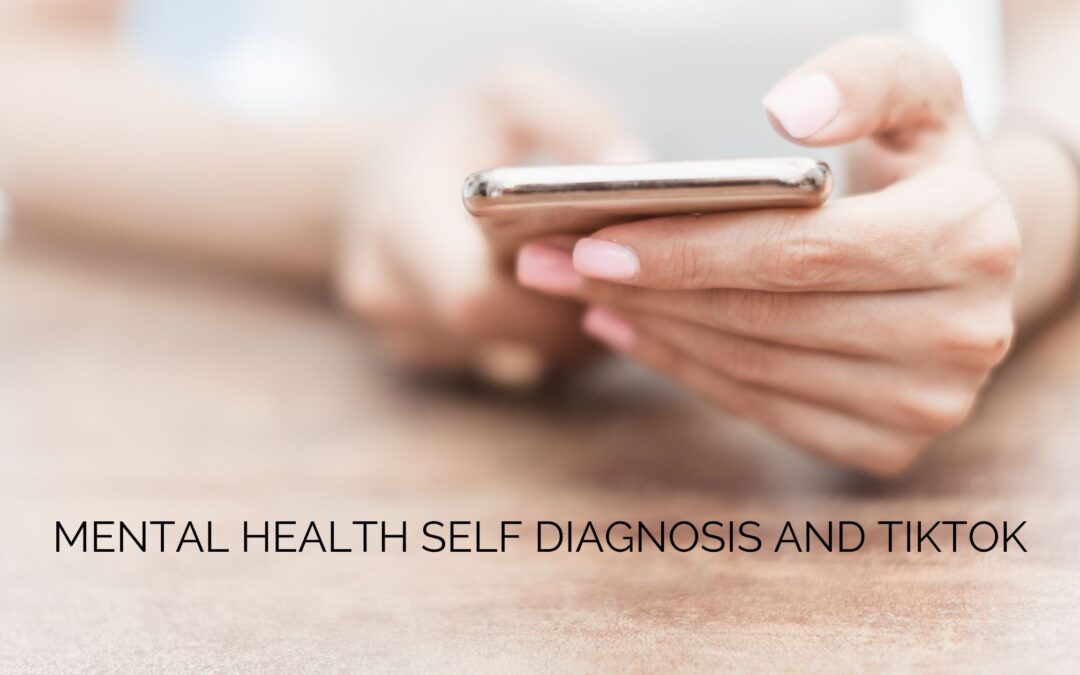 An interesting phenomenon has been happening in therapy offices lately. A new client will come in, motivated to make an appointment because of a video (or many videos) seen on TikTok or Instagram. The videos are short, maybe 30 seconds. They might feature someone dancing in front of the camera, pointing to words on a screen describing various symptoms. Another popular format is a person having an imaginary conversation with someone else where they play both roles, describing an experience. What has long been information found only in professional offices or textbooks is now widely available, disseminated in short, funny little bursts, and accessible to anyone. So do these videos help diagnose underlying mental health problems, or do they do more harm than good? 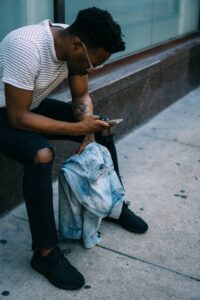 Clinical and diagnostic language can feel inaccessible to someone who isn’t a clinician, but a video set to a popular song or a scene from a TV show like Schitt’s Creek (a frequent flier on mental health TikTok) is relatable. This accessibility has led to people showing up in providers’ offices better informed, with more precise vocabulary about what they’re experiencing – particularly Generation Z and younger Millennials. This trend also seems to contribute to a decreased stigma around mental health in these age groups – a diagnosis isn’t something to be ashamed of. It’s just part of having a brain that works differently (or being “neuro-spicy,” as an individual I spoke to about this topic delightfully phrased it).

TikTok works based on an algorithm, meaning someone using the platform doesn’t need to follow a particular content creator to see their videos. There’s an endless stream of new content waiting, based on what the user has engaged with previously. Someone watching a couple of videos talking about what Autism Spectrum Disorder feels like will lead the algorithm to feed more of the same. Some of the videos can be pretty vague – “do you ever feel awkward at parties where you don’t know anyone? Is it sometimes hard to make eye contact? You might have autism!” That’s true – but you also might be a human experiencing a very normal spectrum of human experience. It’s so important to remember that everything in the DSM-V, everything, exists on a spectrum. Everyone feels sad sometimes, but that doesn’t mean everyone has Major Depressive Disorder. Everyone has had the experience of thinking they heard their name in an empty house, but not everyone has a psychotic disorder. And everyone occasionally has trouble focusing or feels awkward, but that doesn’t automatically mean ADHD or Autism Spectrum Disorder. That’s the horoscope effect, or the Barnum effect – a belief that generic information, which could apply to anyone, applies specifically to an individual. Seeing multiple TikToks about similar topics might induce a confirmation bias, especially when the videos are vague, seemingly confirming what the individual already believes. There isn’t a lot of room for nuance in 30-second videos, and it turns out there are a lot of nuances when we’re talking about individual brain chemistry. A woman I spoke to who was formally diagnosed with ADHD just a few years ago in her mid-30s said in her opinion the best TikToks take care to explain “this is how ADHD manifests for me, and it might look different for you.” 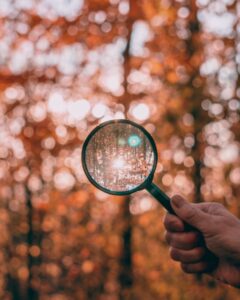 Part of the reason for the rise of mental health TikTok is resources can be hard to find. It’s been a difficult few years to be a human, and many providers are busy. Cost is a factor, time is a factor, and an individual who is dealing with symptoms of ADHD or Autism Spectrum Disorder might find it particularly difficult to manage the logistics of finding and scheduling with a competent provider. People self-diagnose because they feel they have to. Another woman I spoke to with a later-in-life ADHD diagnosis said although she now has a formal diagnosis, she’s been looking for close to a year to find a psychiatrist or psychiatric NP with more specialized training to manage her medications and adjust her dosage, as her primary care doctor doesn’t feel comfortable doing so. She doesn’t live in a rural area where providers are sparse, either – she lives in Manhattan! We’re also continuously learning about how different diagnoses manifest differently in varied populations. There has been a rise, for example, of women getting diagnosed with ADHD later in life, because their symptoms as children didn’t look like the “classic” ADHD symptoms, that is to say, the ones far more prevalent in young boys than young girls (but that’s a topic for another day).

If you think you might have ADHD or are on the Autism spectrum, you can start by speaking with a primary care doctor or a therapist with whom you’ve established care. The Catalyst Center offers collaborative therapeutic assessment, which can help determine a diagnosis (LINK HERE https://catalystcenterllc.com/collaborative-therapeutic-assessment/). TikTok and Instagram reels can be fantastic entry points for someone seeking to understand themselves better, but the information only has merit if it’s accurate. Like so many internet trends, diagnosis videos aren’t inherently good or bad. It’s up to the individual consumer to follow up and determine the validity of the claims being made. Ultimately, isn’t that what we should be doing with the information we find online anyway?

Photo by Derick Anies on Unsplash

Photo by Sam 🐷 on Unsplash