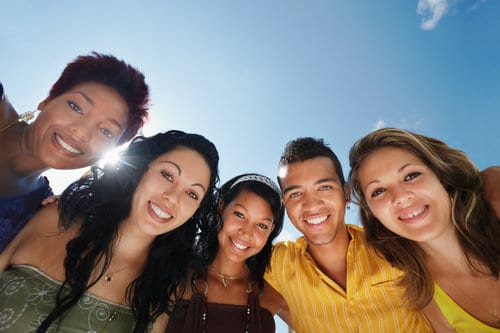 February is teen dating violence awareness month. Below you’ll find some useful information, including ways to talk to your teen about dating violence and warning signs for everyone to be aware of.

Adolescence is the perfect time to introduce your teen to the idea of healthy versus unhealthy relationships. If you haven’t already, talk explicitly with your teenager about what constitutes problematic or abusive behavior. Let them know you are a resource and support for them. Having parents bring up a conversation and leave the door for future conversation is important for teens. While its developmentally normal for teenagers to not share about a relationship or everything about a relationship with parents, teens may feel that by not disclosing the relationship in the beginning means they can’t seek help about that relationship at any point. 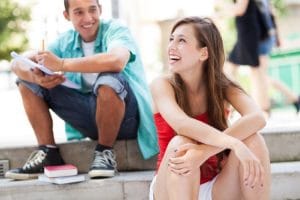 Because teens may keep details private, setting expectations up front can be reassuring for parents as well. Recognize the following behaviors as unhealthy at the least, and they could be part of a broader power-and-control dynamic (what we typically think of when we think of dating violence): name-calling, throwing objects out of anger, pressure or coercion to send sexts or engage in sexual activity, physical abuse (which in teens may look like or be explained away as roughhousing), creating distance from the other and their friends and family, and attempts to control how they express themselves.

In the literature on dating and domestic violence, there is a well-known cycle of abuse. Anyone who is aware of this cycle is in a better position to then recognize it if it starts to arise in a relationship. Without this knowledge, the cyclecan be overlooked until more serious control and abuse issues occur.

1) Build up – Typically this is an argument or disagreement, but may also be a confrontation with suspicion or accusation. 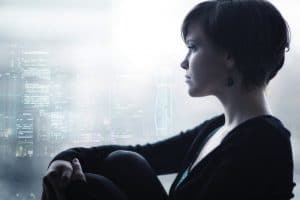 2) Incident – This is where the problematic behavior occurs – name calling, physical assault, forced sexual  contact, preventing someone from leaving, taking someone’s phone or keys, stalking behaviors (including those by phone and social media), and threats all fall into this stage of the cycle. If the cycle is allowed to repeat, this is where we see escalation over time – the incident grows in its level of seriousness and the danger it presents.
3) Apology – The person who performed the problematic/abusive behavior apologizes, promising never to do it again. This is often what the abused party wants to hear and it is easy to forgive under the circumstance. The problem is that when power and control type domestic violence Is in play, we know that the cycle continues and the acting out stage becomes worse over time.
4) Honeymoon – The period between apology and the next build up and incident. Things may be “back to normal”, and the person one the receiving end of the problematic/abusive behavior may become more engrained in the relationship as they believe their relationship has moved beyond it. 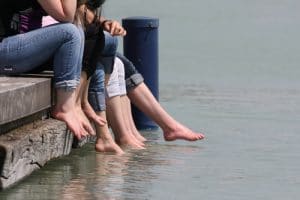 If your teen is either the actor or receiver of these behaviors, a mental health professional can help them navigate potential solutions. Teens should also know what to do if they experience suicidal threats from a partner in response to voicing concerns, distancing from the relationship, or breaking up. Even if they think the person is only attention seeking, it’s important they let a trusted adult know – like a parent or mental health professional. If it is a potential emergency, e.g. someone threatens and then doesn’t answer the phone, it is prudent to call 911 and ask for a wellness check for the person who has made the threat.

As teenagers begin exploring romantic relationships, conversation and input from parents about what they hope for their teen (beginning with safety) can be a powerful influence. By communicating openly and directly you can set up your teen to choose healthy relationships in adolescence and beyond.